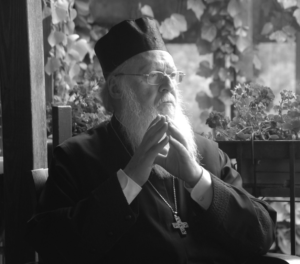 The Patriarch’s consistent vision to promote reconciliation among Christian churches, his tireless efforts to promote human rights and religious tolerance, together with his pioneering work to advance international peace and environmental protection, have placed him at the forefront of global visionaries as an apostle of peace and reconciliation.

Affectionately known as the “Green Patriarch,” His All-Holiness has been a trailblazer on issues related to the protection of the natural environment, organizing numerous symposia, seminars, and summits on the ecological crisis. He was named one of Time Magazine’s 100 Most Influential People in the World for “defining environmentalism as a spiritual responsibility,” while The Guardian recognized him as one of the world’s leaders in raising environmental awareness.