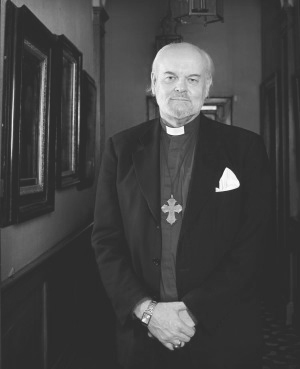 The Right Reverend and Right Honorable Richard Chartres KCVO is the 132nd Bishop of London. He is also Dean of Her Majesty’s Chapels Royal and a Privy Counsellor. As an ex officio member of the House of Lords, the bishop played an active role in the passage of the Climate Change Act. He is Chairman of Shrink the Footprint, the Church of England national campaign to reduce its own energy consumption and carbon emissions. Dr. Chartres has been a supporter of the Ecumenical Patriarch’s Religion, Science and the Environment initiative since its inception in 1995 on the island of Patmos. He is responsible on behalf of the Archbishop of Canterbury for relations with the Orthodox Churches and founder of St. Ethelburga’s Centre for Reconciliation and Peace. Educated at Trinity College, Cambridge University, his publications include Tree of Knowledge, Tree of Life (2005) and numerous articles on religion and the environment.