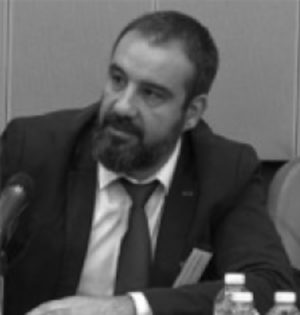 Svetoslav (Sveto) Riboloff, PhD, is Associate Professor of Early Christian Literature and Jewish Hellenistic Literature at the University of Sofia “St Kliment of Ochrid” and has published four books. He studied Classical Philology and Theology at the University of Sofia and Thessaloniki; he pursued graduate work at the Trinity College Dublin and Ostkirchliches Institut Regensburg, while also studying Church and State relations in the United States at the University of California Santa Barbara. He is editor-in-chief of the periodical Forum Theologicum Sardicense, a member of the advisory board of the International Journal of Orthodox Theology, and participates in several international academic associations. He is well known as a translator from Modern and Ancient Greek to Bulgarian, serving as member of the Association of the Neo-Hellenists in Bulgaria. Since November 2017, he is also director of the Institute for Study of Religious Freedom in Sofia.