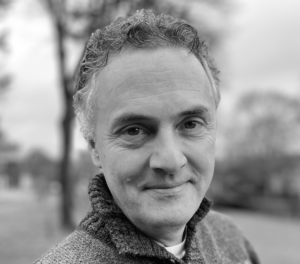 George Stavros is a licensed psychologist. He trained at the Danielsen Institute of Boston University (1994-1999), working at the Institute since 2004 and serving as Executive Director since 2009. His vocational journey started at Holy Cross Greek Orthodox School of Theology, where coursework, mentoring, and the rhythmic spiritual life of Eastern Orthodox Christianity helped guide him towards doctoral studies in pastoral psychology at Boston University.  He spent six years (1998-2004) working as a psychologist at Two Brattle Center in Cambridge, the final four of those years serving as Director of the Evening Intensive Outpatient program.