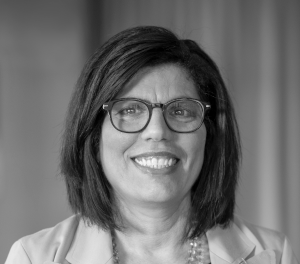 Margaret Karram was elected President of the Focolare Movement on 31 January 2021. Born in Haifa, Israel in 1962 into a Palestinian Catholic family, at the age of fourteen she encountered the Focolare spirituality. Her commitment to dialogue led her to the United States, where she graduated from the American Jewish University. In 2002 she became co-responsible for the Focolare community in the Holy Land. In 2013 she received the Mount Zion Award for Reconciliation. In 2014 she was elected member of the General Council of the Focolare Movement. In 2016 she was awarded the St. Rita International Prize for promoting dialogue among Christians, Jews, Muslims, Israelis, and Palestinians.