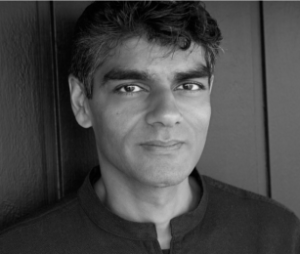 Dr. Rajeev Charles Patel was born in 1972 to a mother from Kenya and a father from Fiji, growing up in Golders Green in northwest London where his family ran a corner shop. He is an academic, journalist, activist and writer who has lived and worked in Zimbabwe, South Africa, and the United States. He is best known for his 2008 book, Stuffed and Starved: The Hidden Battle for the World Food System. His most recent book is The Value of Nothing, which was on The New York Times best-seller list in 2010. He has been referred to as “the rock star of social justice writing.”

Patel received a BA in Philosophy, Politics and Economics from Oxford, and a Masters Degree from the London School of Economics, and gained his PhD in Development Sociology from Cornell University. He has worked at the World Bank, World Trade Organization and the United Nations. Patel was one of many organizers in the 1999 protests in downtown Seattle, WA, and he has organized events in support of Food sovereignty. More recently he has lived and worked extensively in Zimbabwe and in South Africa. He was refused a visa extension by the Mugabe regime for his political involvement with the pro-democracy movement.

He has testified about the causes of the global food crisis to the US House Financial Services Committee and was an Advisor to Olivier De Schutter, the United Nations Special Rapporteur on the Right to Food. In addition to numerous scholarly publications in economics, philosophy, politics and public health journals, he regularly writes for The Guardian.