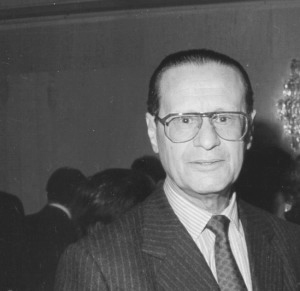 Mr. Theodore Papalexopoulos was CEO and deputy chairman of the board at Titan Cement, Greece, where he remains advisor to top management. He has been involved in cement and textile industries since 1952. A civil engineer deeply involved in international professional organizations promoting social and environmental awareness, he has served as president of the Federation of Greek Industries (1982-88), founding member and first chairman of the Council of Greek-Turkish Business Cooperation, the Greek Citizens’ Movement for an Open Society as well as Opheltes – Friends of Nemea. He was founding member and board vice-chairman of the Foundation of Economic and Industrial Research (IOBE) and Transparency International-Hellas. He serves on the honorary board of the Greek think-tank, Hellenic Foundation for European and Foreign Policy (ELIAMEP), the European Round Table of Industrialists, the Association for the European Monetary Union, and the Foundation for the Hellenic World. Mr. Papalexopoulos is married, with three children.