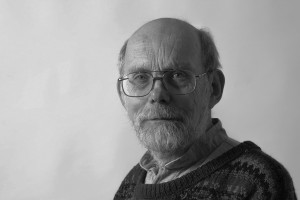 Tim Gorringe worked in parishes for six years before going to South India to teach theology at the Tamil Nadu Theological Seminary, where he worked for seven years. On return to Britain he was for nine years Chaplain, Fellow and Tutor in Theology at St John’s College, Oxford. In 1995 he became Reader in Contextual Theology at St Andrew’s and in 1998 took up his present post as St Luke’s Professor of Theological Studies.

His academic interests focus on the interrelations of theology, culture, art, social science, criminal justice, economics, and politics, as well as the theology of Karl Barth. He is a member of the Iona Community. His other interests include apiculture, poultry keeping, home winemaking, theatre, poetry, and political activism.

His academic interests focus on the interrelation between theology, social science, art and politics. The author of over fifteen books, his most recent publications are The Common Good and the Global Emergency (CUP 2011) and Earthly Visions: Theology and the Challenges of Art (Yale 2011).